Global dynamics during Covid cause new winners and losers for exporters

Global Dynamics During Covid Cause New Winners and Losers for Exporters 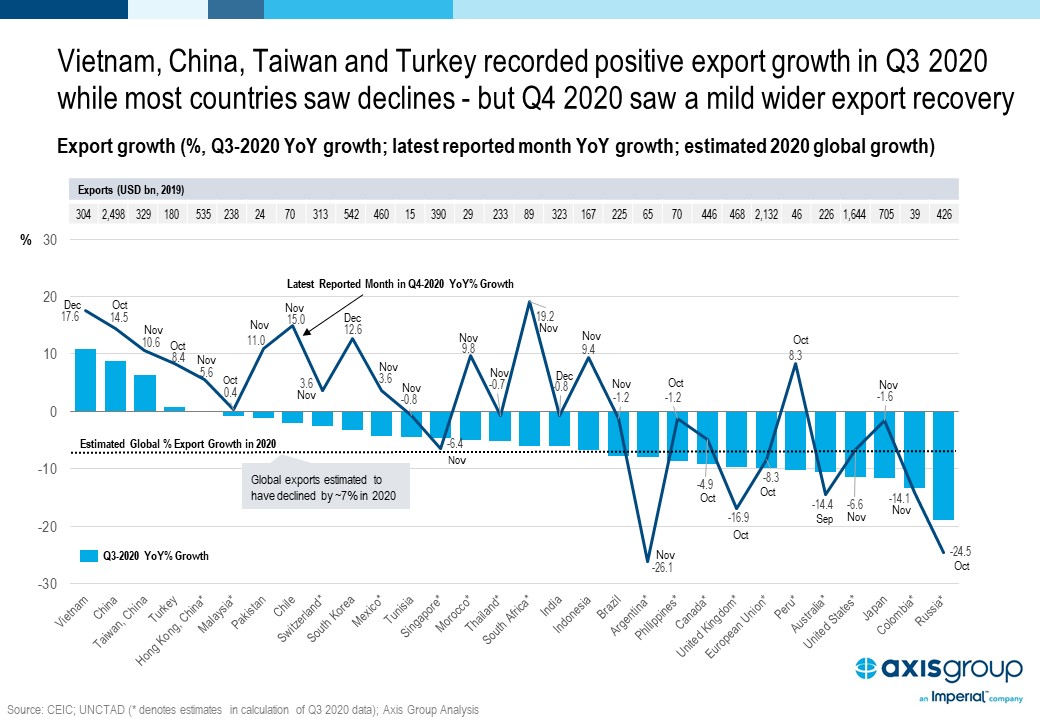 Global trade suffered during Covid, with UNCTAD data showing a decline of -4.5 per cent year-on-year (YoY) in Q3 2020, compared with the Q2 YoY decline of -19 per cent. Total global trade in 2020 is estimated to have declined between 7 to 9 per cent. But in Q4 2020 some countries did show export recoveries.

Trends: Covid caused export declines for most of the world with a few exceptions:

Upshot: Global trade experienced severe fluctuations last year causing at least a temporary re-ranking of export winners and losers. The pandemic exacerbated international trade declines which were already being tested by a US-China trade war. Some countries managed to emerge as winners in this situation, while most did not. Key takeaways:

Imperatives: Significant uncertainty is expected for international trade in the coming months due to the persistent concerns about the effects of COVID-19 on economic activity. The resurgence of the pandemic in certain regions in recent months and the prospect of increases in trade restrictive policies mean that it is a crucial time for procurement managers to re-evaluate and reconstruct their global procurement strategies. 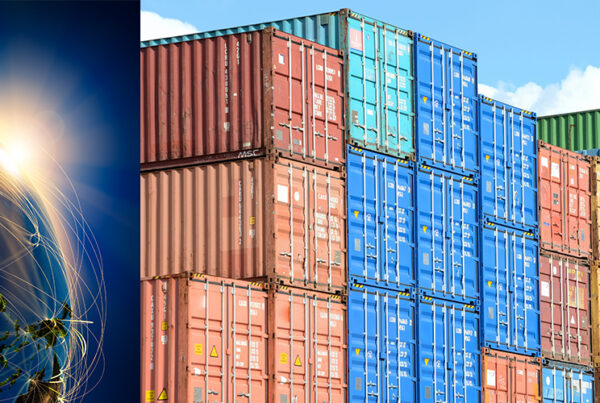 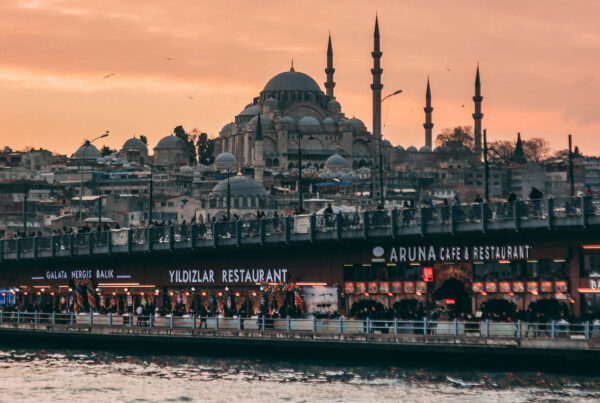 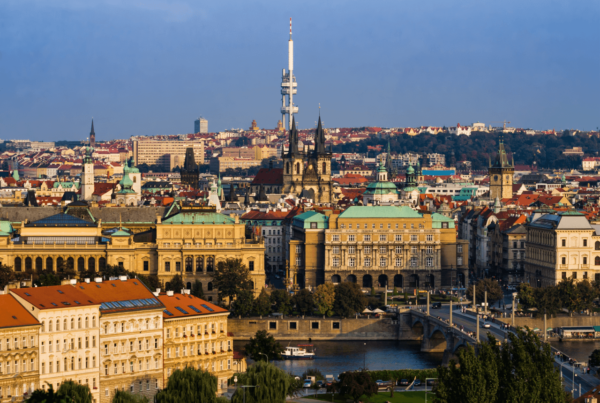