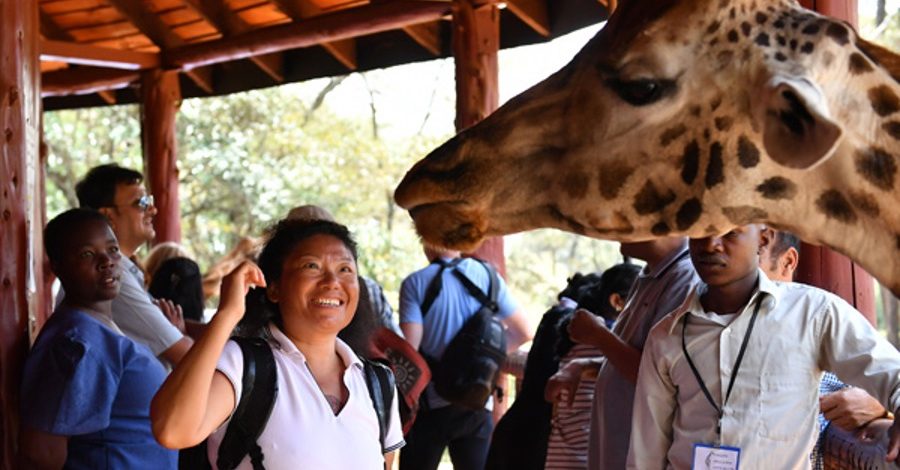 The Chinese National Holiday, or “golden week” as it is otherwise known, is the annual holiday period held from October 1st, where the Middle Kingdom commemorates the formal establishment of the People’s Republic of China. This period is usually one where Chinese citizens travel abroad, see family or visit friends, and is generally a busy period for the travel and tourism industries in the country. Because of the global pandemic, Chinese travellers who might have taken the holiday as an opportunity to travel abroad, instead turned to domestic travel where lockdowns have, for the most part, been lifted. Africa has been vying to increase the number of Chinese travellers it attracts for many years with varying levels of success. With international travel significantly reduced, the African continent must actively take steps to restore the momentum behind Chinese travel to Africa post-pandemic.

More than 600 million Chinese travellers toured domestic attractions during the golden week in October, with an estimated USD 68.6 billion in tourism revenue being generated. Both China’s National Day holiday and the Mid-Autumn festival fell on October 1st this year according to the lunar calendar, making this golden week the longest vacation period of the year. The estimates on numbers of travellers as well as revenue generated show strong growth for the tourism sector in China. However, globally this sector is experiencing unprecedented levels of decline, as airlines face bankruptcy and economies reliant on tourism revenue scramble to bolster other sectors to offset losses and growing unemployment.

While most of Africa continues its fight against the spread of the COVID-19 pandemic, some countries have been able to open their borders to international travel again. While China was celebrating their National Day on October 1st, South Africa was celebrating the first day of official ‘open’ borders, with international leisure travel now allowed between South Africa and countries deemed to be low risk for incoming infections. The aim of the open borders was to reinvigorate the tourism sector, and show that African counties are succeeding in the fight against COVID-19, remaining a destination to be considered for international travel, particularly as winter sets in in the Northern Hemisphere and people seek out warmer vacation destinations. African countries must prove that they are capable of ensuring safe travel for visitors from China and elsewhere, as the demand remains subdued due to greater trepidation among potential travellers.

It will be many months until international travellers can comfortably traverse the globe again, however, African destination markets must proactively work to minimize the inconvenience of traveling during the pandemic while ensuring safety, to boost recovery efforts in the tourism industry. Central to these efforts must be a consideration for how to attract China’s large population of adventure-seeking travellers.

“This article is produced by Axis Group and is published in The Econometer section of ChinAfrica magazine (October 2020), an English and French language monthly publication that provides news, views and analysis on all things China, Africa and China-Africa relations.”