China’s economy rebounds in Q2 as domestic tourism is revived

China’s economy grew by 3.2 percent in the second quarter of 2020. Following the contraction of 6.8 percent in the first quarter, growth in the April to June quarter had surpassed expectations. China has shown stronger than expected growth due to national government’s efforts to increase domestic spending, through efforts such as opening provincial borders for Chinese travellers. China had a domestic tourist market of 5.73 trillion yuan, or roughly USD 824 billion in 2019, representing almost 6 percent of economic output for the Middle Kingdom. Growth in sectors such as tourism will play a role in China continuing to report positive growth for the second half of 2020.

The consumer price index (CPI) rose by 2.7 percent year-on-year (y-o-y) in July 2020, 0.3 percent higher than June’s 2.4 percent. The producer price index (PPI) fell by 2.4 percent y-o-y, after a decline of 3 percent in June. Food prices rose by 13.2 percent y-o-y with pork prices up 85.7 percent. With China’s positive recovery leading to the revival of domestic industries such as catering and tourism, demand for pork increased in line with national efforts to boost consumer spending in industries affected by the pandemic.

China’s official purchasing manager’s index (PMI) continued its expansionary growth with the July reading of 51.1. This follows the expansion of 50.9 in June. Exports of electronics and medical goods are expected to contribute to continued expansion in manufacturing. The first half of 2020 saw China exports of medical equipment increase by 46.4 percent. China experienced its worst natural disaster in some years, as flooding along the Yangtze River impacted millions of Chinese citizens, as well as production lines and supply chains.

Shanghai customs announced 14 measures to help exhibitors attending the third China International Import Expo (CIIE) in November. Global events have been cancelled and postponed as organisers are unsure on how best to operate within the new normal brought about by the pandemic. China has instituted stringent regulations to ensure safety of attendees at the event, with the measures announced by Shanghai customs aiming to ease exhibitors’ concerns over viability and success in November. The measures include tax guarantees on imported goods, as well as special customs and logistics services for after-event sales. 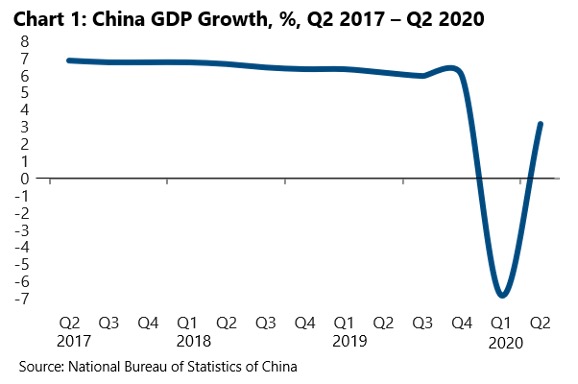 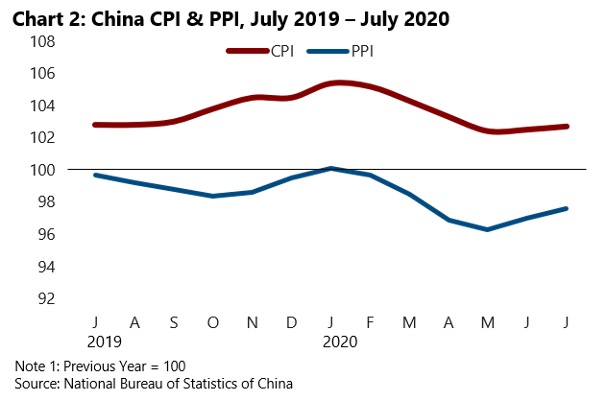 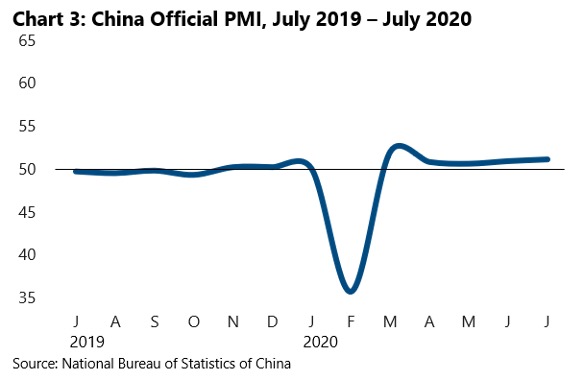 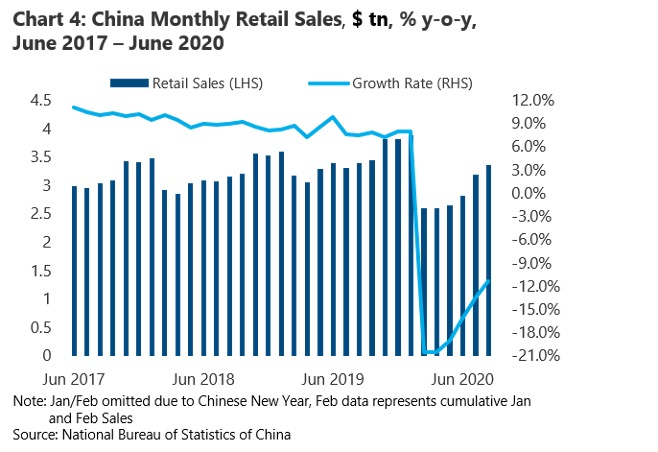 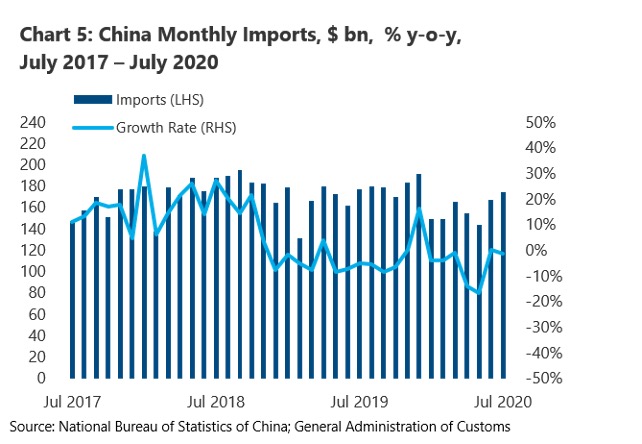 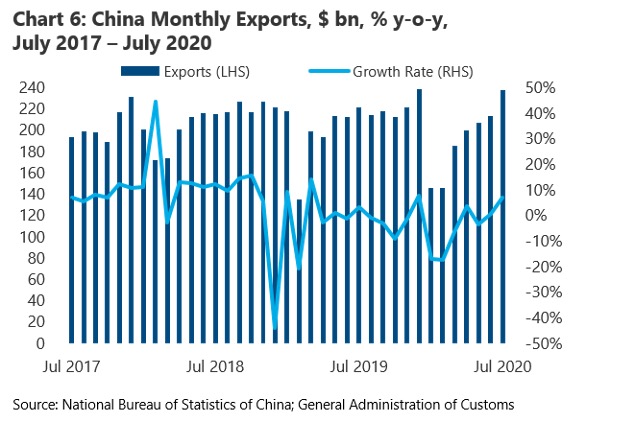