China’s held its annual plenary session at the end of May after it had been postponed due to efforts to contain the outbreak of the Covid-19. The meeting between the National People’s Congress and the Chinese People’s Political Consultative Conference ended without a GDP growth target for China being set. This is the first time in 30 years that the government has not set a growth target. This is an indication of persisting uncertainty about how significantly the pandemic will ultimately influence China’s growth in the second half of the year as this depends on global containment of the disease.

The consumer price index (CPI) rose by 2.4 percent year-on-year (y-o-y) in May 2020, lower than April’s 3.4 percent. The producer price index (PPI) fell by 3.7 percent y-o-y. Food prices came in at 10.6 percent higher y-o-y, with rising pork prices contributing fundamentally to the increase. African swine fever has ravaged the pig population in China for several months, requiring the Middle Kingdom to import a record 400,000 metric tons of pork in April to offset the short supply. Pork prices rose by 81.7 percent in May y-o-y.

China’s purchasing manager’s index (PMI) came in at 50.6 percent in May, 0.2 points down form the April 50.8 reading. Following the record decline in February at 35.7, China’s manufacturing output has returned to pre-Covid-19 levels, strengthened by measures taken by Chinese Central government to stimulate a sector hard hit by decreased global demand. Exports fell by 3.3 percent in May, following a slight gain of 3.5 percent in April. China’s imports also saw its biggest decline in four years, with a decrease of 16.7 percent year-on-year.

The Group of 7, comprising of Canada, France, Germany, Italy, Japan, the United Kingdom and the United States, were scheduled to have an in-person meeting from June 10-12. However, growing concerns over health risks led the host nation, the United States, to postpone to a later date. Trump expressed his desire to include Australia, India, South Korea and Russia in the meetings. The leaders of the G7 are expected to convene later this year once health risks associated with travel are lessened. 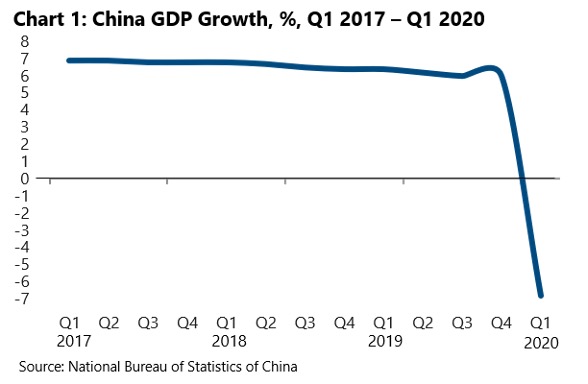 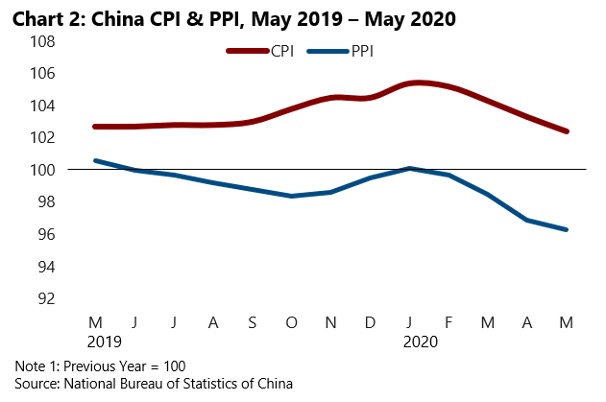 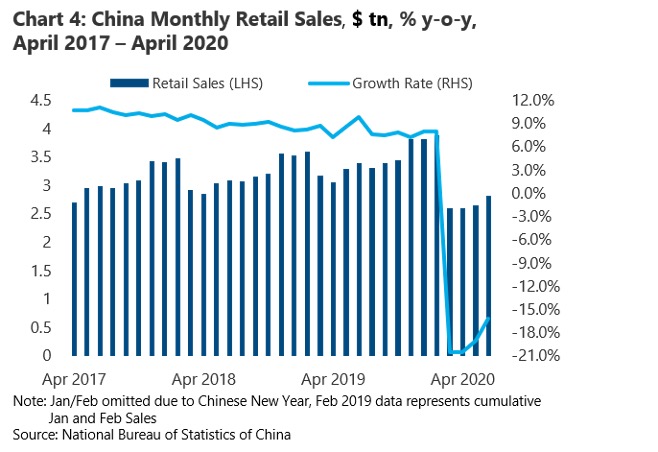 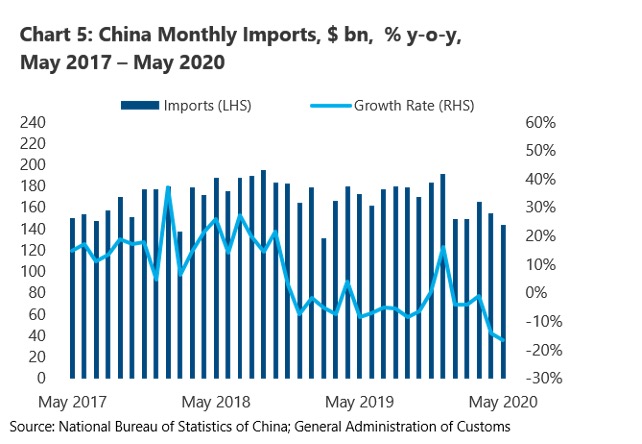 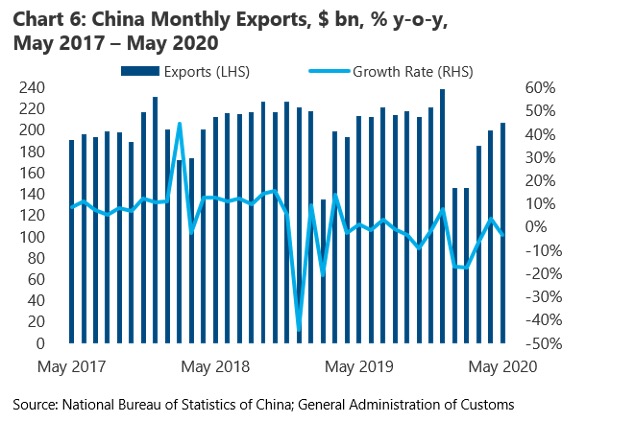 “This article is produced by Axis Group and is published in The Econometer section of ChinAfrica magazine (June 2020), an English and French language monthly publication that provides news, views and analysis on all things China, Africa and China-Africa relations.”