Global spread of COVID-19 impacts China’s economic recovery
China has restored relative normalcy following the decline in economic activity that its extended shut down caused as production across the country is once again reaching pre-outbreak levels of output. However, as the virus continues to spread and impact major economies in Europe and the USA, demand for Chinese products is low. While factories may have returned to previous output levels, the decline in demand will see some factories decrease their workforce and production levels to alleviate the impact of expected revenue loss. With China’s unemployment expected to rise as a result, growth of the world’s second largest economy is estimated to be at its lowest in over 3 decades.

Key Economic Indicators
The consumer price index (CPI) rose by 4.3 percent year-on-year (y-o-y) in March 2020, down from 5.2 percent in February. The producer price index (PPI) fell by 1.5 percent y-o-y, its biggest drop in 5 months, following a February decrease of 0.4 percent. While it is expected that China will begin its economic recovery from the second quarter, the extent of recovery remains uncertain as the pandemic impacts China’s trade partners.

PMI rebounds in March as production resumes in China
China’s purchasing manager’s index (PMI) rebounded in March to 52.0 following the expected drop in February to 35.7. As more manufacturers resume operations throughout the country, confidence in the sector is expected to return. However, the decline in global demand has left some managers with cautious industry growth prospects. China reported a resumption of work rate for large industrial enterprises of 98.6 percent at the end of March. This resumption of output at factories, contributing to the expansion of the PMI in March, took place despite many predicting it may experience a slight contraction.

Global events cancelled at an unprecedented level
Across the globe countries have implemented lockdown measures, with varying levels of success, in their attempt to slow down the spread of the virus within their borders. Major sporting, political and cultural events have thus been postponed and cancelled on a never before seen level. From the Olympics, to the China National Peoples conference being delayed for the first time in decades, governments are forced to take up unique approaches to lead in these tumultuous times. Despite the virus being under control within China’s borders, caution is still being placed on large gatherings to reduce the risk of further outbreaks from occurring. 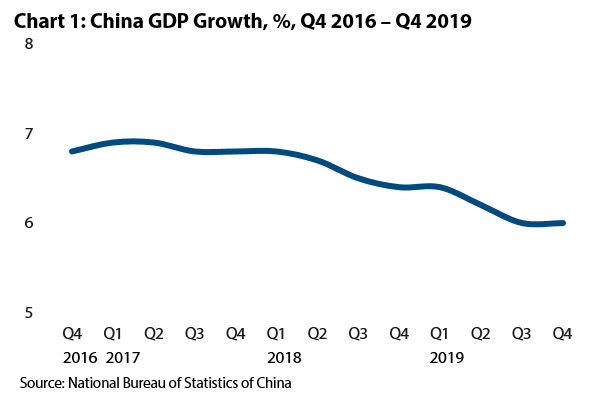 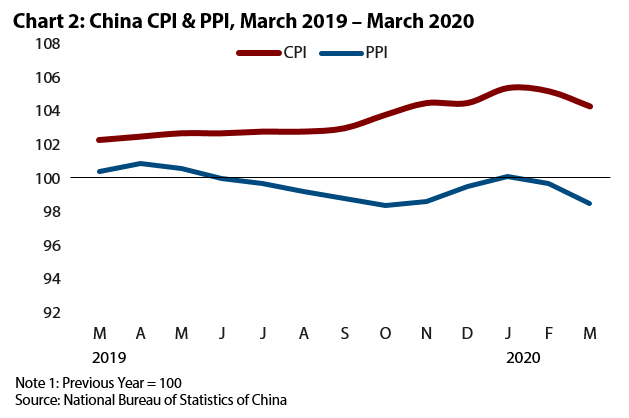 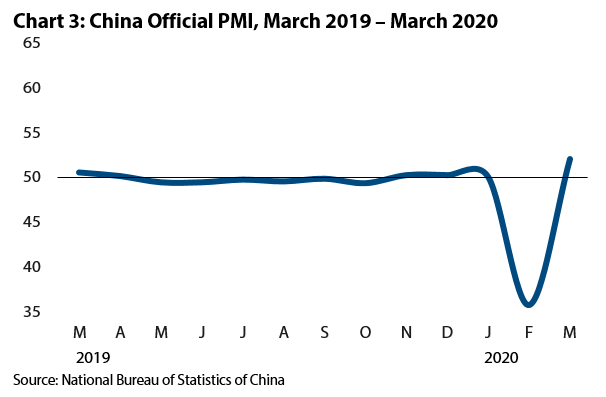 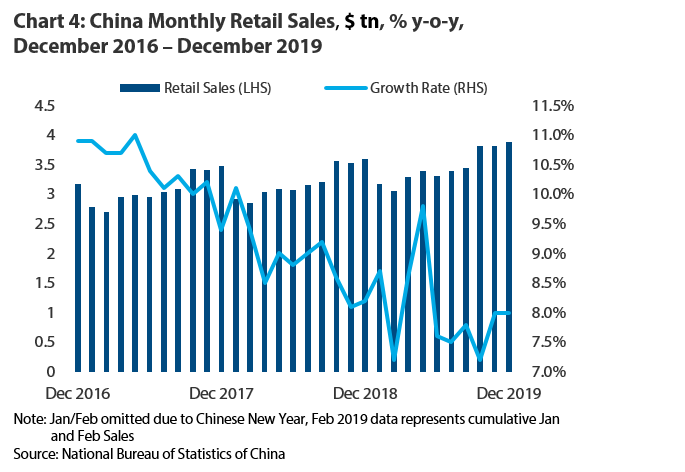 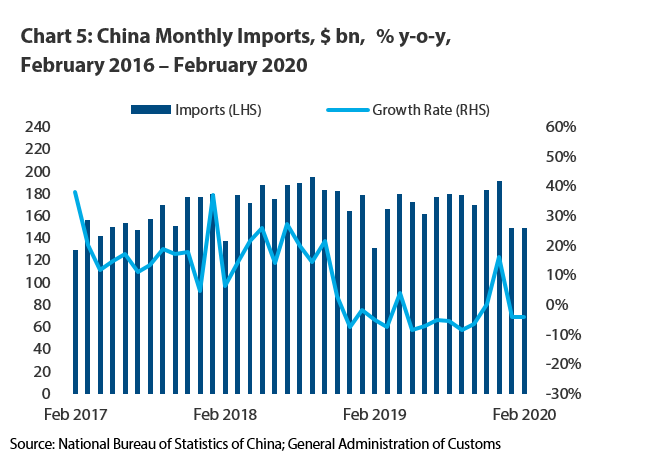 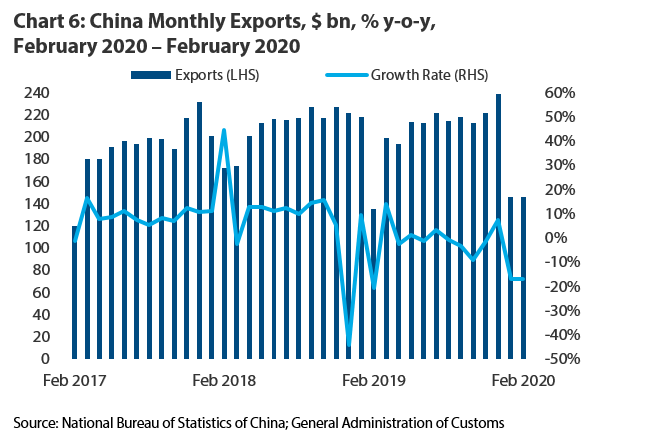 This article is published in The Econometer section of ChinAfrica magazine (May 2020), an English and French language monthly publication that provides news, views and analysis on all things China, Africa and China-Africa relations.