Need for a refined ability to balance extremes in 2020
Whilst many indicators point to China’s economy stabilising after a period of greater turbulence in the second half of 2019, there are no illusions about the growing complexity government and key financial institutions face as they seek to balance socio-economic and environmental objectives with the reality of slowing growth. One of the ways in which this is manifesting is in the form of increasingly intense de-risking measures by the government, particularly around levels of debt in the economy, coupled with calls for greater stimulus from various key stakeholders. If China is to maintain the level of stability it has seen over the past months, it will need to carefully balance interests which are sometimes at odds with each other.

Key Economic Indicators
The consumer price index (CPI) rose by 4.5 percent year-on-year in December 2019 with the surge underpinned by a sustained increase in pork prices as supply is constrained as the effects the African swine fever outbreak that decimated pig herds lingers. This level of inflation, set to continue increasing into early 2020 has sparked concern that the central bank will adopt a more conservative approach toward stimulus. The producer price index (PPI) on the other hand saw a 0.5 percent drop year-on-year. This decline is more moderate than that of 1.4 percent in November. This easing of deflationary pressures is attributed to a recovery in energy commodities. This rounds off to an annual drop of 0.3 percent compared to an increase of 1.3 percent the previous year.

Expanding PMI points to stabilising or economy
China’s December purchasing manager’s index (PMI) came in at 50.2, unchanged from November’s reading. This mild buoyancy in the manufacturing sector was bolstered by new export orders which increased for the first time since May 2018 with a reading of 50.3. The food and beverage, medicine, clothing, and automobile categories saw the greatest expansion in manufacturing activity. The regaining of stability in the economy indicated by these readings are indicative of successful counter-cyclical adjustment efforts.

China and the US announce a phase one trade deal
China and the US announced on Friday the 13th of December that a phase one trade deal had been reached. Tariff relief, increased agricultural purchases by China, and an agreement on intellectual properties and technology issues were part of this phase one deal. The US agreed to roll back on tariffs currently in place over several phases. Following months of trade tensions and negotiations, the trade deal bodes well for the world’s two largest economies into first quarter of 2020. 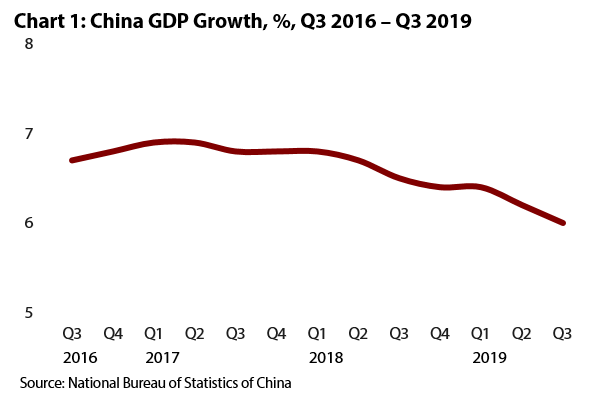 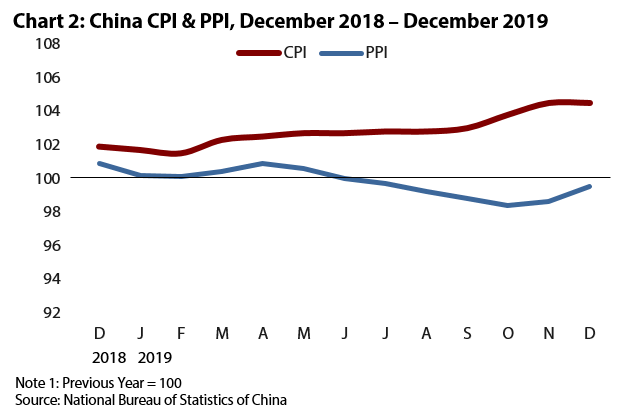 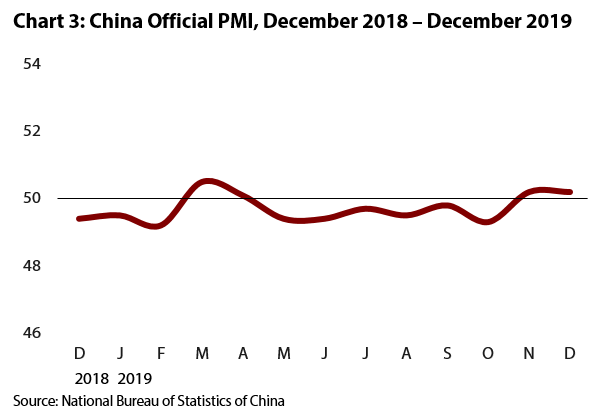 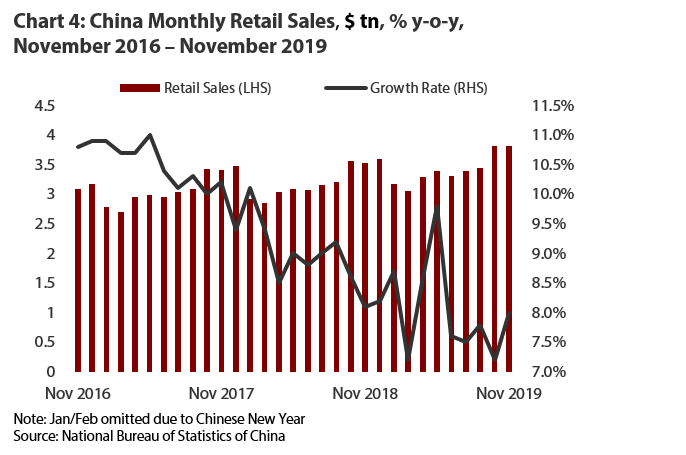 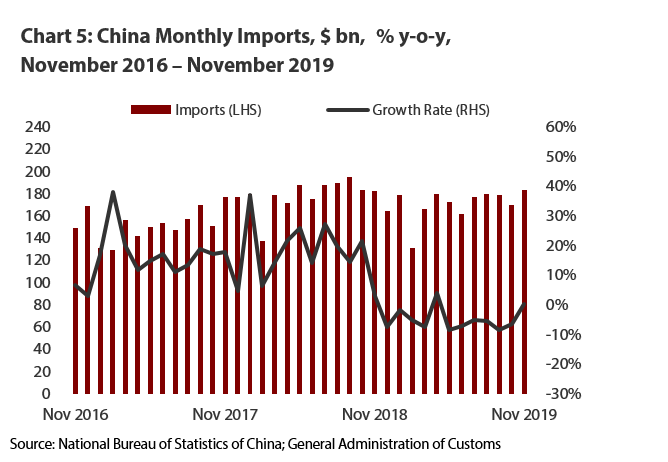 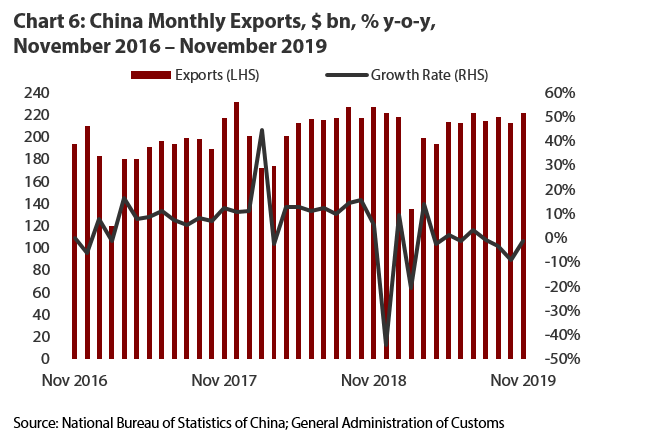